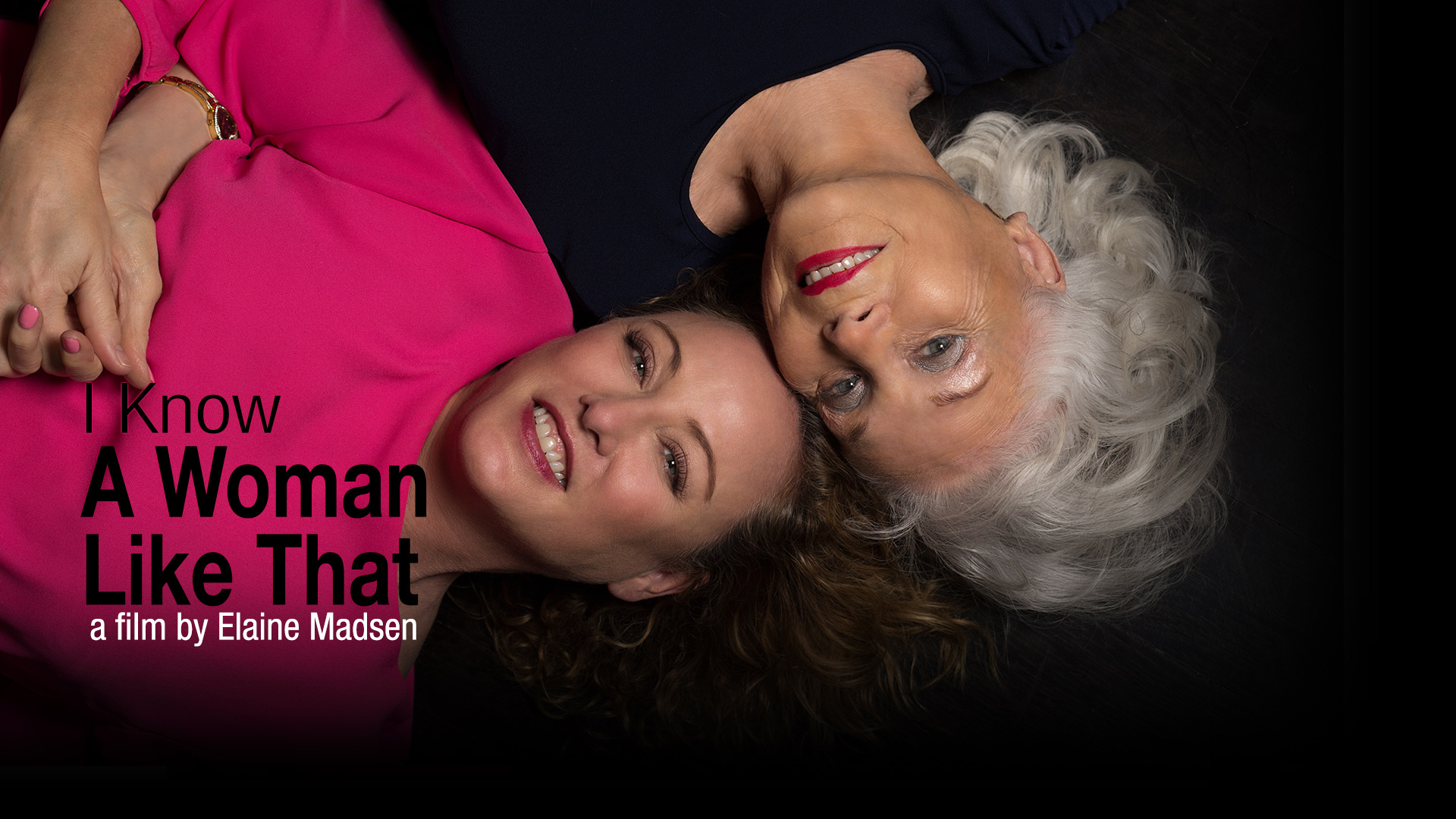 I KNOW A WOMAN LIKE THAT brings to its audience interviews with 17 exceptional and vigorous women who share an extraordinary attitude about how to live the upper decades of one's life. Each of them exercises an unexpected passion for their unique individual choices at a time when society expects them to disappear. These women were carving out unique paths before the social revolution had a name. Roger Ebert called the documentary "transformational."

About the Director, Elaine Madsen:

An Emmy® award winning documentary maker, Madsen has completed directing "I Know a Woman Like That" which was produced by her Academy® Award nominated daughter Virginia Madsen's Title IX Productions. The film screened in the 2009 Chicago International Film Festival where Roger Ebert cited it as "transformative and extraordinary". Madsen's book of poetry "Crayola Can't Make These Colors" is now available in book stores and on Amazon. Emmy® winning documentary "Better Than It Has to Be", about film making in Chicago, aired on both NBC and PBS. Madsen is also the the co-author of "The Texan and Dutch Gas, Kicking Off Europe's Energy Revolution", published in the USA and abroad in the Netherlands. She is the mother of actors Virginia and Michael Madsen and their writer/restauranteur sister Cheri.